Walid Raad, Yet Another Letter to the Reader 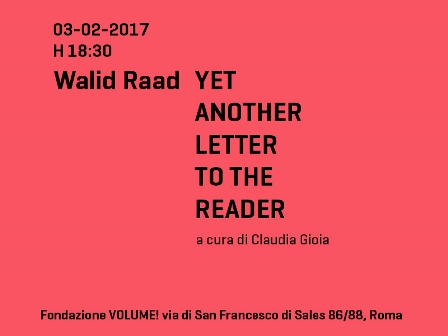 Fondazione Volume! presents Yet Another Letter to the Reader, a project by Walid Raad, (Chbanieh, Lebanon, 1967), one of the most original and influential voices of the artistic scene of Middle East.

The artist will meet the public on February 2nd, 2017 at 18:00 at Casa Internazionale delle Donne, in conversation with Claudia Gioia, curator of the exhibition.